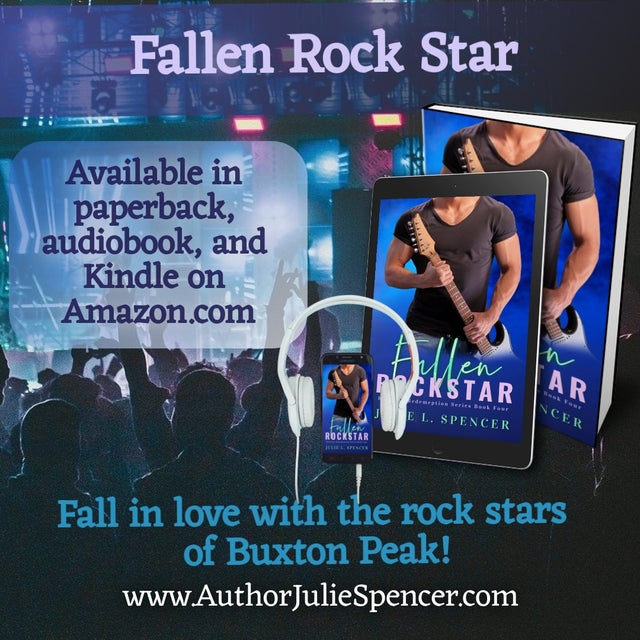 When stars fall, there’s only one way back up.

Buxton Peak’s bassist, Andy Smith isn’t sure he can be the man Vanessa needs. When a chance meeting finds them at a café in London, Andy is only four months out of rehab and Vanessa is days away from returning to Nashville. A whirlwind romance ends in tragedy and loss. Can they find a way to patch up a relationship that spans across the Atlantic?

Andy’s best mate, Gary Owens finds sobriety more difficult than he’d hoped. Temptations from a flirtatious American tourist don’t help. But Buxton Peak needs their drummer back, and Gary is the only person who can pull himself back to center stage.

Can the guys reunite with their rock band? Or will their out-of-control behavior be too much for Buxton Peak to accept?

***Note*** This book was originally published under the title Buxton Peak: London Bridges. The author gave it a new title and cover to more accurately reflect the story.