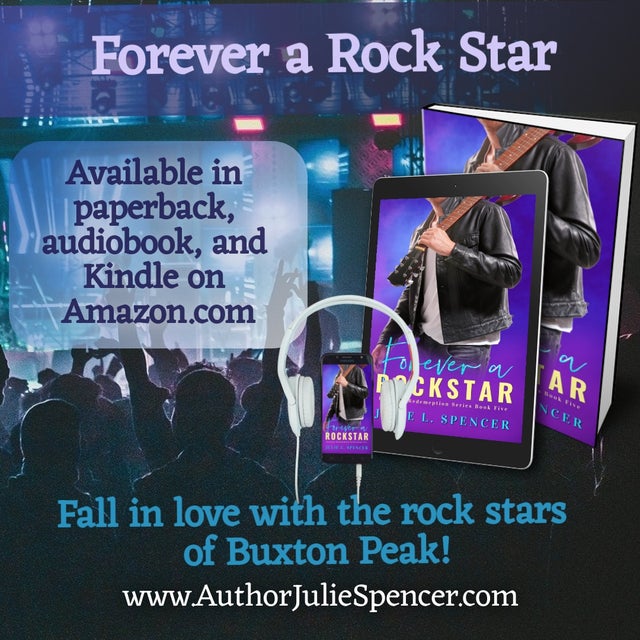 In the beginning, it was all about the music…Even a rock band as talented as Buxton Peak can’t stay on top forever. When drugs, betrayal, and tragedy rip the band apart, the guys find themselves short one drummer.

But front man, Ian Taylor, thinks he’s found the solution…Nathanial Jackson plays drums for a small Christian rock band, but his talent exceeds theirs. He’ll never make it out of Nashville sitting behind them.

When the remaining members of Buxton Peak show up at Nathanial’s concert, he knows exactly what they want. A knowing glance and a handshake are all it takes to get him into the recording studio.

But starting over isn’t as easy as they thought. Ian believes his passion will be enough to keep his rock band from falling apart. He didn’t count on Nathanial challenging his leadership.

Can Ian and Nathanial set aside their differences and learn to work together? Can they find a new rhythm and recreate the sound fans expect from Buxton Peak? Or will tempers, pride, and outside pressures keep them from finding their way back to center stage?

This isn’t the end for Buxton Peak; it’s only the beginning…

***Note*** This book was originally published under the title Buxton Peak Book Three: The End of the Beginning. The author gave it a new title and cover to more accurately reflect the story.