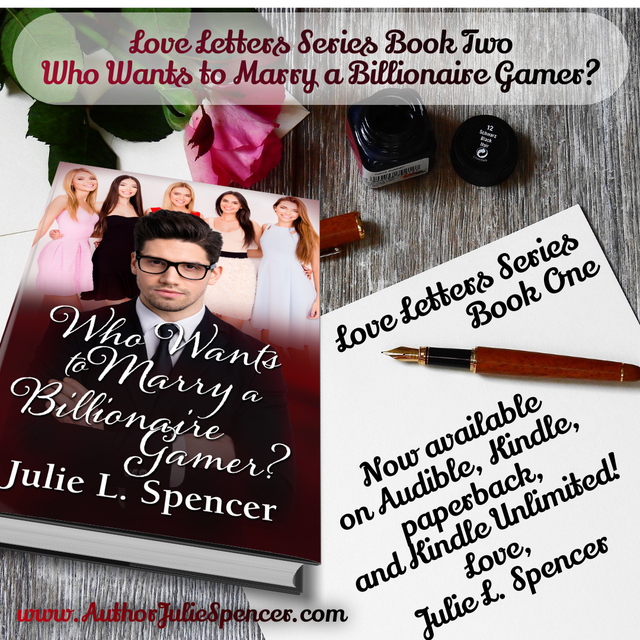 Who Wants to Marry a Billionaire Gamer? - Paperback

Who Wants to Marry a Billionaire Gamer?: Love Letters Series is also available on Kindle and Audiobook through Amazon.com.

Twenty beautiful women and only one of them knew Brock’s real identity, so why were they both keeping it a secret?

Rejected by the leading lady on the reality show Love Letters, Brock was ready to take his place at center stage. He knew he could pass himself off as a regular guy and loved seeing women’s reactions when he told them he played video games for a living.

What he didn’t tell them was that he had a Master’s degree in video game design, was international reigning champion in several competitions, and a billionaire.

But one woman knew the truth, and she wasn’t telling the others. Or was she?

Cora recognized Brock right away, being a gamer herself. The guys at her work had dared her to come on the television show, Love Letters because she refused to date anyone from their small community, and because they knew she was obsessed with the show. She figured the likelihood of actually being chosen by the leading man was pretty slim. Nineteen to one, actually.

When Cora realized Brock was hiding behind his screen name the way a famous author hides behind his pen name, she decided to play along. But how long would she play games with his heart? Long enough for another woman to prove to Brock that she cared more about him than his wealth and position?