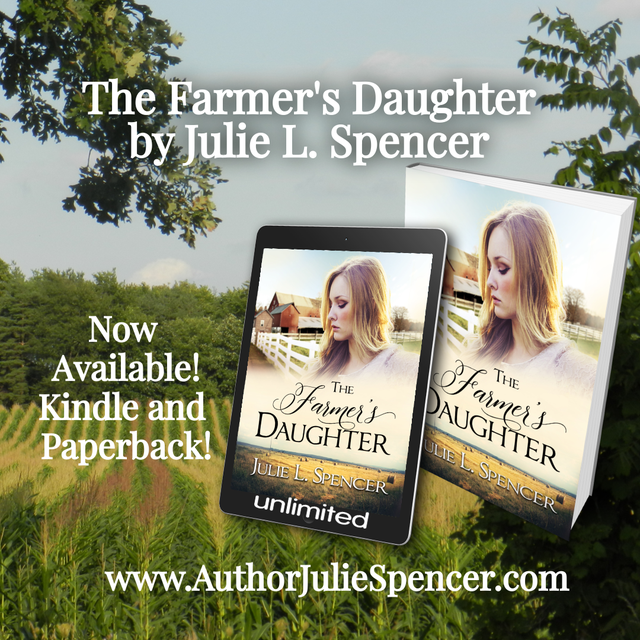 The Farmer's Daughter is also available on Kindle through Amazon.com.

Sometimes our dreams are right before our eyes.

Ashley’s been taught all her life to find a nice Mormon boy and get married in a temple. That’s easier said than done living in rural Michigan, where members of her church are few and far between.

Ashley drives each morning to the University of Michigan to study pre-med, while her non-member boyfriend Paul, the boy next door, heads the other direction to attend Michigan State University. Each evening they see each other in the barn to feed the animals and talk of the future.

But when Ashley meets Caleb, a nice, med-school student who served as a missionary and is ready to settle down, what starts as casual flirting quickly turns to something more and Ashley fights the undeniable attraction they have.

Because she’s still in love with Paul.

As she tries to convince herself she’s not ready to get serious with either man, Caleb becomes more involved in the farm life she loves, Paul becomes interested in the gospel she can’t live without, and Ashley realizes she’s going to have a tough choice to make.