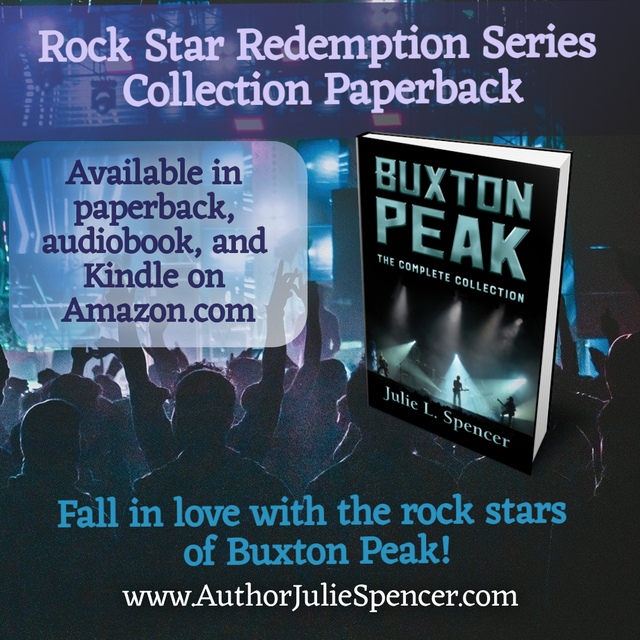 Buxton Peak: The Complete Collection is more than a boxed set of all the other books in the series. It is a chronological collection of Ian Taylor’s stories, his journal entries, his Tweets, his innermost feelings. From the time he was identified as a child prodigy in the quaint town of Buxton tucked into the Peak District National Forest, to the night he stood on a stage in Nashville starting over as if for the first time.

With over 11,000 words of never-before-published bonus material, Rock Star Redemption Series Complete Collection follows Ian Taylor and his band as they rocket to stardom, come crashing down, and pull themselves back to center stage.

Feel every struggle and achievement through Ian’s personal journal entries, read his Tweets, see backstory conversations that were never published in the original books.

Get to know the women who changed the lives of the band members and see their rock star life through their own words.

Fall in love all over again with Ian Taylor, Kai Burton, Andy Smith, and Gary Owens. Meet countless new characters who influence the guys for better or worse. See where it all began… Let’s rock!