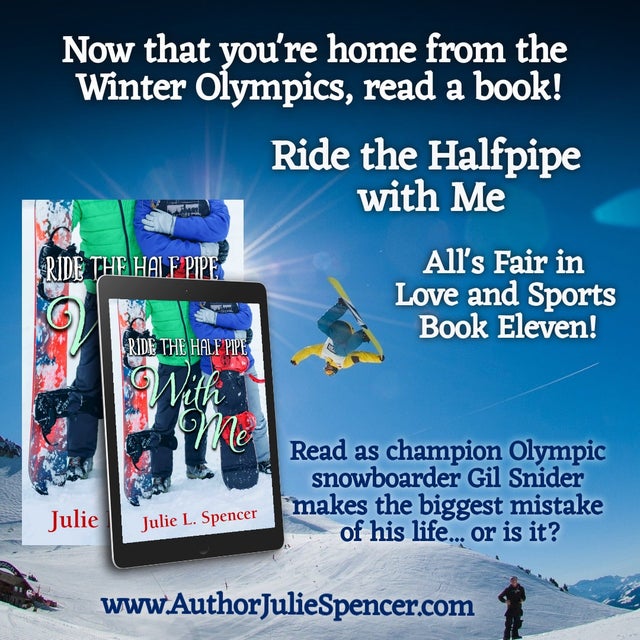 Ride the Halfpipe with Me - Paperback

Click here to purchase this book as a Kindle version on Amazon.

“That was the biggest mistake I’ve ever made in my life.”

Olympic gold medalist, Gil Snider, learns the hard way that it’s lonely at the top. If the other snowboarders at the Park City Mountain weren’t jealous before he returned from China, they were green with envy after he started dating the hottest girl around, champion snowboarder, Veronika Forster.

Veronika lived a very different life before moving from Austria to Park City, Utah. She left behind her family, her carefree lifestyle, and her long-time boyfriend. Meeting the most famous snowboarder in the world was such a rush that she got caught up in the moment and crossed a line she didn’t realize had been drawn.

Gil’s rejection stung, and Veronika vowed to keep her chin up like the confident woman she thought herself to be. Until the day she was no longer strong and she needed Gil’s love more than ever.

Only later did Gil learn that his biggest mistake may be the key to saving his own life.